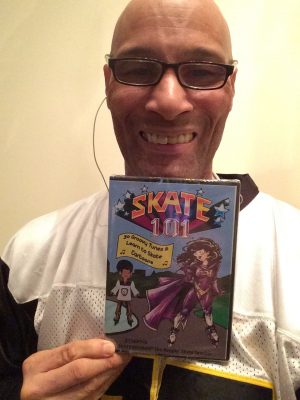 Toure Clark, “Uncle Jamm”, a retired veteran in the U.S ARMY for over 33 years. Maybe you saw Uncle Jamm performing on his roller skates in 2010 and 2012 and on NBC AMERICA’S GOT TALENT. He’s so cool, he bought the Very First Skate 101 DVD! He’s also the President and CEO of AUGUSTA JAMSKATERS INC.

Learn how to skate with Skatewoman at Skate 101, The world’s first & only singing skate teacher. She raps her rhymes on skates to demonstrate. She does it on ice, quads, and inline skates.

Learn to Skate with our easy to learn instructional skate music and videos. 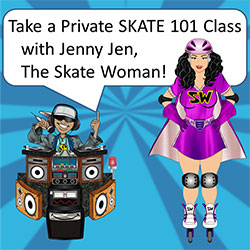